Chris is a managing director at General Catalyst, a venture capital firm with $10B in AUM. Chris was previously at Kinnevik AB, where he was a senior investment director, having led the firm’s London office since 2013. His notable investments for Kinnevik include category-defining and enduring companies such as Avito, Babylon, Betterment, Cedar, Village MD, and of course Livongo and CityBlock. Prior to Kinnevik, Chris was a managing director at Goldman Sachs International in the TMT team for Europe.

As senior investment director with Kinnevik AB, Chris led the Series D investment in Livongo, a chronic care management company that started as a whiteboard exercise between Glen Tullman and Hemant Taneja in GC’s offices. Chris joined the board of Livongo, where he worked closely with Hemant through the company’s IPO and subsequent acquisition by Teladoc. Both serve today as directors on the Teladoc board. Chris is also an investor in GC-backed Cityblock, a US-based company providing community-centric healthcare services. 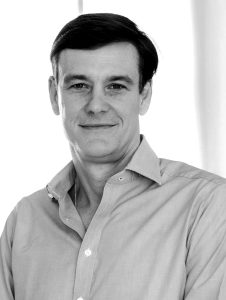 Exciting times ahead, here at @CHARMTherapeutx!

If you are looking to join a ground-breaking, #DeepLearning startup within #DrugDiscovery, look no further.